I’m currently updating my course materials, aimed at undergraduate students in psychology, for next academic year.  Since the text book is lacking a (thorough) description on how to do inference (hypothesis testing and confidence interval construction) for the product-moment correlation coefficient, I’ve written something myself. 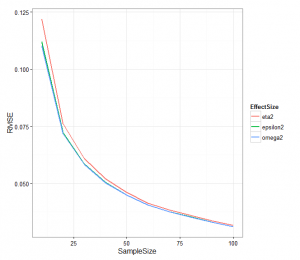